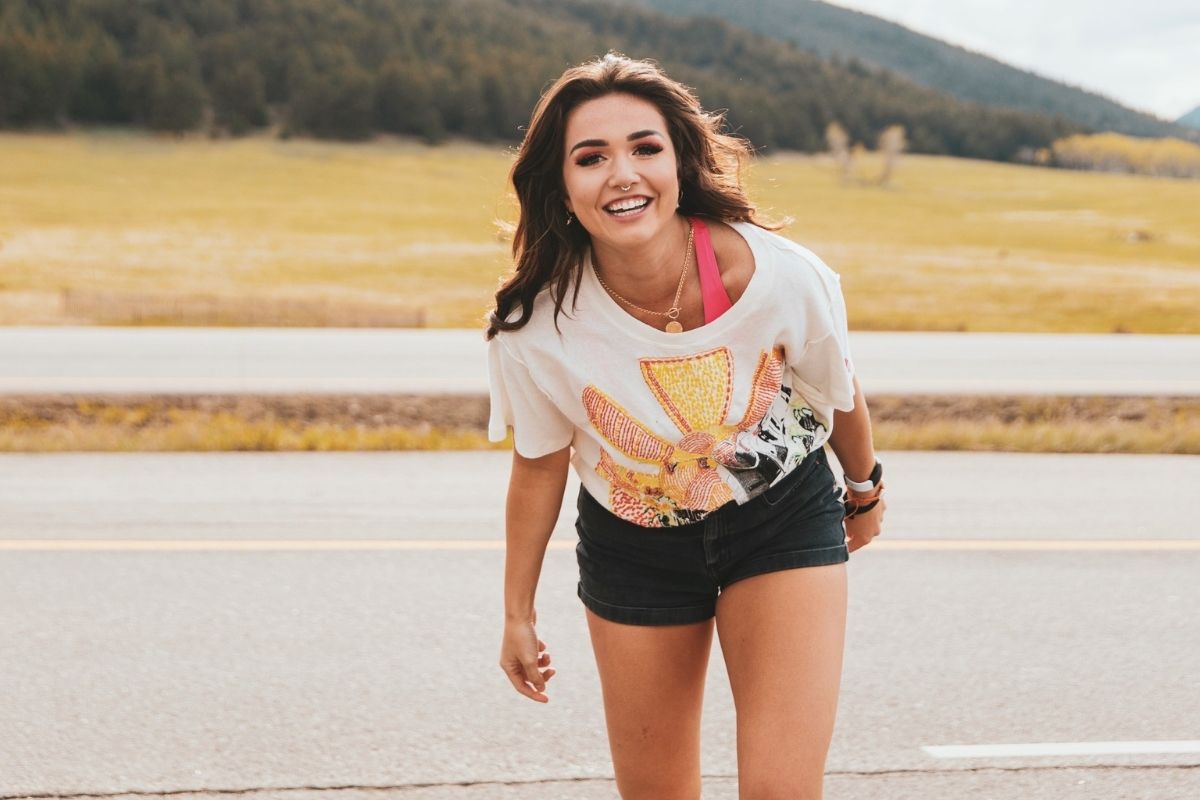 A Purposeful Life: Growing in Confidence and Faith

“Moses said to the Lord, ‘Pardon your servant, Lord. I have never been eloquent, neither in the past nor since you have spoken to your servant. I am slow of speech and tongue.’ The Lord said to him, ‘Who gave human beings their mouths? Who makes them deaf or mute? Who gives them sight or makes them blind? Is it not I, the Lord? Now go; I will help you speak and will teach you what to say.”

Ladies and gentlemen, I have begun the book of Exodus (waits for the round of applause to die down).

Moses takes a lot of crap in this chapter. He’s called a sinner, he’s judged.. mostly because he doubted God and I get that’s shady. BUT.. I don’t know, guys. I really kind of like this verse. So much so that I’ve started highlighting every time Moses reminds God throughout Exodus that he’s “not good enough.” And it’s like.. up to three. Definitely two times. I’m not very far.. so there could be more. Stay tuned.

And while yes – he’s committing a royal no-no by questioning God and doubting His abilities.. he’s also being really dang human. And honest.

The fact that he stood up to God (I can imagine him actually probably not standing up very tall – stooped over, and a little shy)- it really shows us that Moses was just like you and me.

He doubted himself. He doubted his ability. And how many times have you let self doubt hold you back? Be honest. We all have at one time or another.

Let’s settle in for a little story, because the best life lessons come in packaged little stories, right? And this is a true story because I shared it on my Facebook just the other night, and everything we see on social media is true, right? (This really happened, though – I swear).

I’ve been working on updating my portfolio for my website (I’m a writer/personal trainer/social media manage/I wear a lot of hats) and I had to sit for a moment in shock over the amount of articles I’ve written and clients I’ve been blessed to work with.

All my life I wanted to be a writer. When I was a kid, I would write short stories, poems, newsletters – ANYTHING if it meant I could be creative. Even just the simple task of writing words, or typing them out – filled me with happiness. There were times I would sit and type up menus for my mom’s diets just because I wanted to be seeing the words come to life with each keystroke. (Sometimes, I just sit and hold books and rub my hands over the pages. Yep, I embrace my inner weirdo and you should, too).

A handful of years ago I submitted an article to a local blog about parenting (cough cough – I’m sure you can guess which one – a lot of cities have one). I received a “nice” email back thanking me for my interest, but they were sorry to tell me they didn’t think I was quite ready for the big bad world of blogging. I’ll be honest – it was quite the blow, considering I had already been managing and creating content for my OWN blog at this time for over a year.

I was a little surprised, but mostly embarrassed. I had put myself out there (which, in case you don’t know me that well yet, I’m the textbook definition of an introvert. Putting myself out there is something that I don’t do that often) and my fear came true. I was turned down. I could have let that be the end.

Welp. I tried. I made an effort, and was told I wasn’t good enough. Let me retreat back into my hole and never crawl out again.

Basically, I could have said “God, I’m just not eloquent enough.”

But I didn’t do that. About 3 months later I submitted another blog article, but this time to Her View From Home – a national online publication. It was accepted, and not only was it accepted, they actually paid me for it.

With a smidge of confidence in my back pocket, I submitted a piece to The Huffington Post, and much to my surprise, I received an email from Arianna herself – they published not one, but three of my articles.

A year later, I submitted something to The Today Show, where it went viral, still gets posted to this day (I still have to fight with internet trolls who like to tell me how horrendous of a mother I am – it was an article about parenting), and I was invited to become a regular contributor.

A few months after that, I landed a gig as the main writer for a celebrity in the fitness world. And I’ve been writing for that brand ever since.

Just this summer I accepted a promotion through the personal training company I work for to go from trainer, to the person in charge of all the trainer content for our social media channels; I write, I create, I film, I produce.. for pages that have over a million followers.

This is all without mentioning the hundreds of other brands and projects I’ve taken on along the way. It gives me goosebumps just thinking about it.

My words helped a brand be featured on Refinery29. My words were featured on the Grammy’s website. My words are ones you’ve probably read in the media and have no idea they came from me. (Don’t worry, I don’t write about politics).

My point with this isn’t to show off and to brag about how amazing I think I am. Far from it. My point is this: if I would have let that first initial rejection make me doubt myself, if I would have believed the lie that I wasn’t good enough, or eloquent enough – like Moses believed to be true of himself, then I never would have seen my dreams of being a “real” writer come to life.

I also never would have found the confidence to start this page, which I’m starting to believe has something to do with this thing we’re circling back to called “purpose.” I felt a nudge to submit those articles all those years ago, even when I didn’t feel I was the most capable.

I felt a nudge this year to start Salt + Sparrow, and I REALLY didn’t feel capable, let me tell you.

Someone who has never read the Bible all the way through, much less understand anything the Bible has to say, is going to start writing about the Bible? Sharing God’s message and trying to lead others to pursue a relationship with Jesus?

Those are some big words you’re trying to get me to put out there, God. And I’m just not eloquent enough.

I’m not trying to compare myself to Moses but the parallels are there between him and SO MANY OF US.. Here was this normal man, who wasn’t the best speaker, who felt like he wasn’t the most capable, and God was telling him to do it anyway. God was showing him that he had a purpose. And God helped guide Moses through his self doubt so that he could lead an entire nation of people out of slavery and into the Holy Land as God had promised.

Moses then goes on to deliver the stone tablets containing the Ten Commandments written by God (and then had to recreate them after he broke them – but that’s a whole other story), as well as writing multiple books in the Bible.

Pretty big jump from a “normal” man who’s not very good at speaking to a HUGE role role in helping carry out God’s plan.

We don’t have to be perfect to have a purpose. God has a plan for every single one of us, even if we don’t get it right from the start. 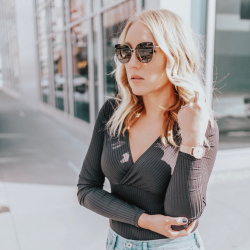 Natasha Funderburk is a wife, #boymom, NASM-CPT, Nutrition Coach, Behavior Change Specialist, and freelance writer. Her articles have been featured on sites such as Her View From Home, The Huffington Post, and The Today Show Parenting Team. Fueled by Jesus, coffee, and carbs, Natasha spends most of her time watching her son play baseball, writing her feelings, and searching for snacks.