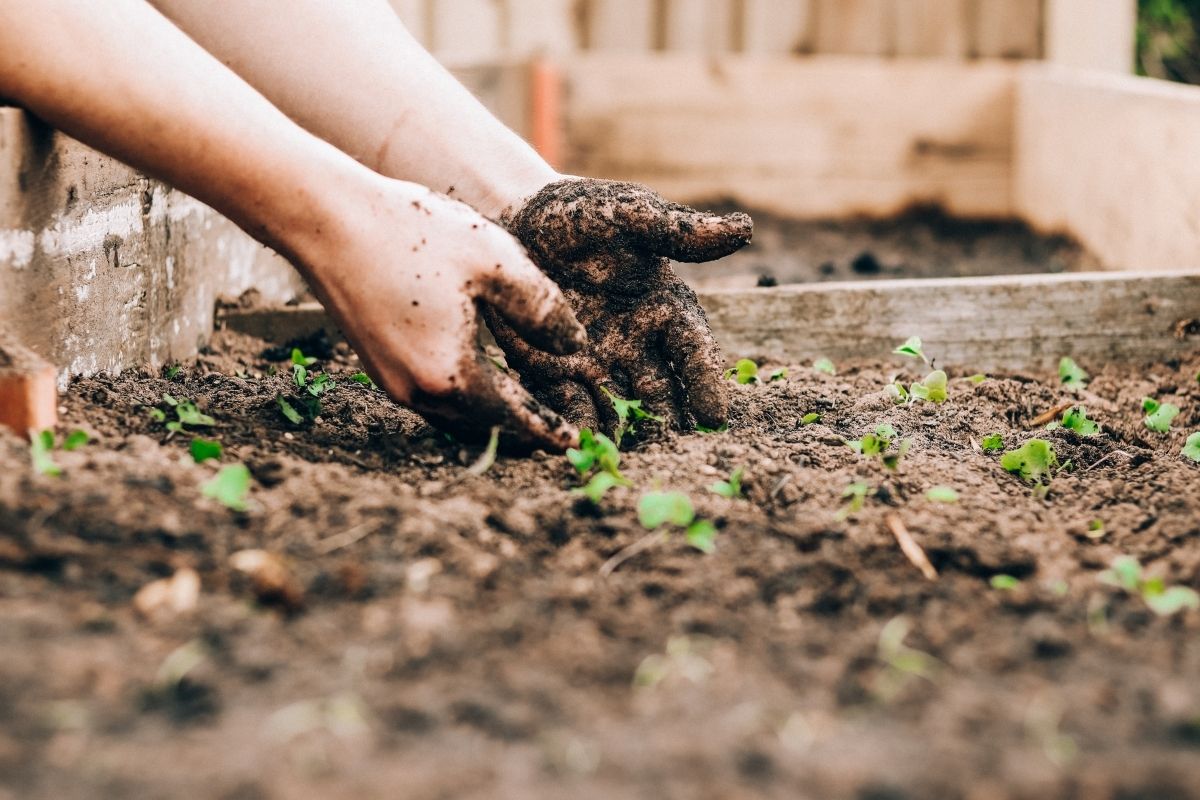 In my hand I am clutching a handful of dead, dried-up leaves. They are brown and leathery, but oh-so-fragile at my touch.

My daughter is riding her bike around the yard, picking up each choice brown leaf and bringing it to me, as if it’s a treasure worth keeping. As if it will last more than a few minutes in my hand.

As the sun shines down on me, I notice that even the leaves’ shadows are riddles with tiny holes.

Last autumn, we raked piles of colorful leaves to jump in, and then we let the wind scatter them across the yard, where they formed awkward clumps that were later covered in snow.

Unlike the rest of our city neighbors, we did not gather them into black trash bags or push them to the curb to be “vacuumed” up by the leaf truck.

Perhaps it was busyness or perhaps it was laziness. But either way, it never got done. Six months later, spring is upon us, the ground damp and muddy, the air just beginning to respond to the sun’s warmth.

The brown leaves in my hand leave me feeling guilty: they are a symbol of all the many things I’ve left undone or failed to do.

As soon as the world began melting, my eyes landed on these symbols of my failure, and I went at those leaves with a vengeance.

Motivated by guilt, I shoved the deterioration-brown clumps of sopping wet leaves into our trash can. But after a few days, I gave up. There were simply too many to chase after.

A few weeks later, I called up a friend to ask her some gardening questions. I wanted to know how to start a small vegetable garden—what steps to take and what I could even grow in the tiny two-by-ten foot plot of ground that was squished between our driveway and the side of our house.

“You’ll want to start by tilling the ground and mixing it with some fertilizer,” she told me. “Dead leaves work great for this.”

I sat up straighter, my brain waking up more fully to what she was saying.

This is incredible, I thought. I can use those gross piles of leaves for something good—and cover up my own mistake in the process! It sounded too good to be true.

Who would gladly receive a pile of lifeless, brown leaves? Who would single them out to be the key to growing healthy, new plants?

As I sat on the porch holding those tasteless, useless dead leaves that crumbled at the slightest touch, I wondered: is that the miracle of spring after all? That even dead, worthless mistakes get to have a place in the growth of new life?

I’m one of those people who goes around on high alert, doing my best to circumvent every sort of problem, argument, injury, and mistake that I possibly can. I go out of my way to avoid confusion at four-way stops. I feel supremely terrible if I make any sort of mess. And should a conversation get heated, I either backtrack in fear or throw out angry words to protect myself from taking the blame.

I do not do these things by nature; I do them out of habit.

Naturally, I am inclined to enjoy making messes in mud puddles and during painting projects, I generally like to push against the status quo in relationships, and I light up when I get out of my comfort zone long enough to try new things.

But I have often been made fun of or yelled at for causing trouble and being different, so somewhere along the way, I began to protect myself from such censure by steering clear of anything that would open me up to criticism—even if it meant missing out on delightful or holy pursuits.

This habitual avoidance of failure and mistakes resulted in intense feelings of guilt and shame whenever I did (inevitably) mess up. My mistakes seemed like so many piles of dead leaves, clogging up my life and the lives of others. They were gross reminders that I was not good enough—and I never would be.

But the crazy thing is that God doesn’t see my mistakes this way. He is using everything to tell His story—even the dead things.

Especially the dead things. Fertilizer recharges the soil, giving it the proper nutrients to grow whatever needs to be planted next.

Our shortcomings are unexpected to us, but they are not unexpected to God. We are surprised when we mess up, as though we thought we were “better than this,” and we shouldn’t have failed Him in this way. But God intimately knows our fallen-ness and our weaknesses, and He already has a plan to weave them into His story.

Psalm 103:10-14 says, “He does not deal with us according to our sins, nor repay us according to our iniquities. For as high as the heavens are above the earth, so great is his steadfast love toward those who fear him; as far as the east is from the west, so far does he remove our transgressions from us. As a father shows compassion to his children, so the Lord shows compassion to those who fear him. For he knows our frame; he remembers that we are dust.”

He remembers that we are dust. It is comforting indeed to know that if some of the things I do turn out to be nothing more than dead leaves, He will be both unsurprised and accepting of this.

So how do we get rid of our own feelings of guilt and shame when it comes to our human mistakes, or even our blatant sins?

We offer up all of our dead things, like so many stinky leaves, to be used by Him. We ask Him to take what is awful and useless in our sight, and use it for good. And then, instead of running from our messes, we humbly invite Him to till them into or soil so that new plants can grow—even if that process means that we will have to feel the grit of our mistakes, that we will have to acknowledge to ourselves and others that our failures exist.

I went out to my little plot of land and began digging. After all the dirt was broken up, I brought in handfuls of leaves and began mixing them into the soil.

All of this required me to get my hands dirty. I had to be involved in each step, and tilling the earth to make way for something new was quite a violent procedure.

God isn’t afraid to get His hands dirty in your garden in order to produce new life. And He is inviting you to get your hands dirty, too, and work right alongside Him.

Included in this process are weeds, gross dead things, dirty soil, hopeful new seeds, and sharp tools to do the job. We can’t leave anything out of this business of growing, not even the dead leaves.

It is a springtime miracle that only God, not us, can turn what is dead and lifeless into something that brings life. He does, in fact, make good use of every worthless thing. 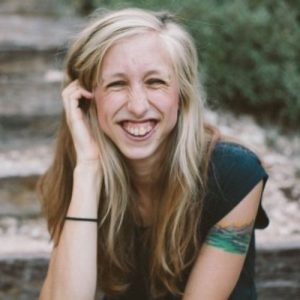 Caity is a young woman who has long wrestled with the tension between standing on God's Word and living in a culture that dethrones God at every step. As a stay-at-home mama to four littles, she fills all of her “spare time” with writing, being outdoors, and soaking in God’s Word. She loves to encourage other women to pursue the transformation that God offers, and she does so via her podcast and her soon-to-be-published first book!

A Purposeful Life: Growing in Confidence and Faith

On Being a Writer