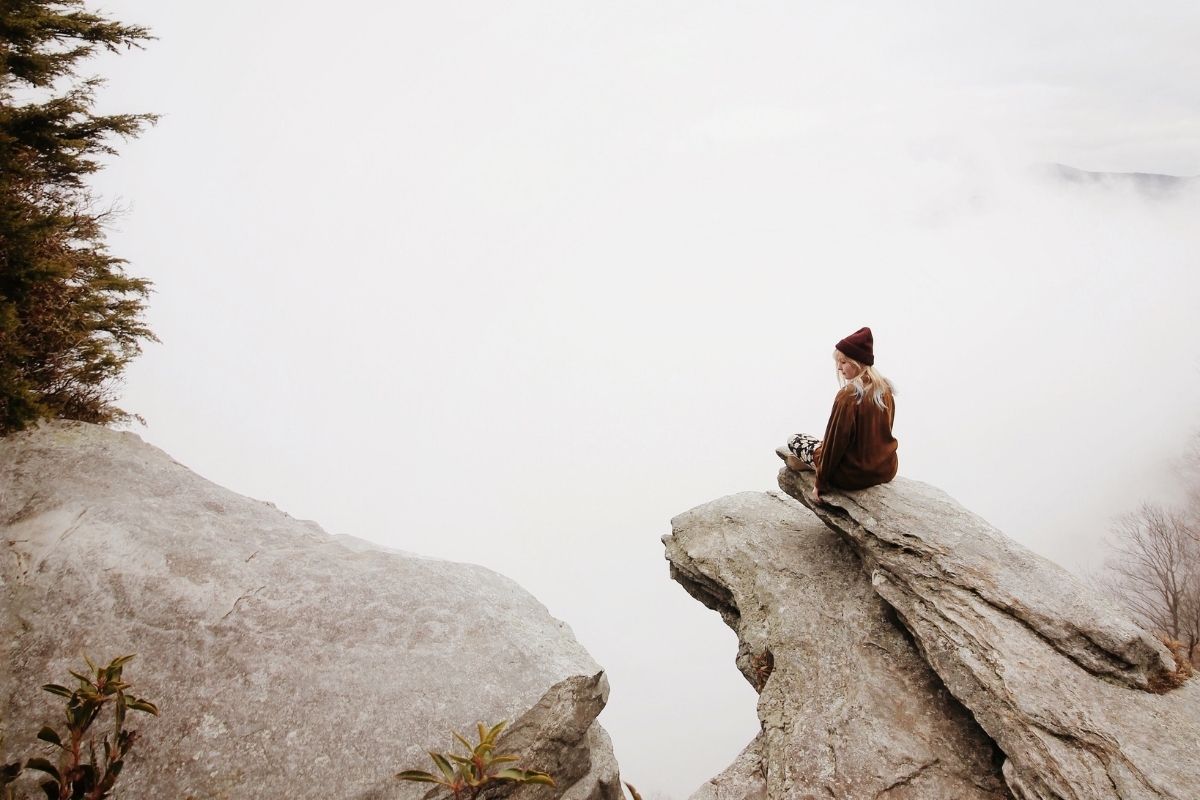 This morning, I was contemplating safety…and fear.

This little fluff nugget provides a beautiful illustration of how fear can easily be directed toward unwarranted objects; while real, everyday dangers often go unchecked.

As I was standing in the bathroom early Saturday morning, preparing for the day, I happened to see something out of the corner of my eye that captured my attention.

I turned to find my little cockapoo, head deep in the wastebasket, rummaging through the trash and spreading it all over one side of the room. Atlas has done this countless times and you would have thought I would have learned by now to put the trashcan up; but nooooooo, it was early. I was tired. Shaking my head and heaving an overly dramatized sigh of annoyance, I grabbed the trashcan, thrust in on the counter, and went in search of the broom to clean up the mass of refuse littering the bathroom floor.

Minutes later, after sweeping up the mess and lightly scolding the wide-eyed little bugger, I went back to my morning routine.

As I stood washing my face, I heard a low growl and again, noticed movement out of the corner of my eye. Propped against the wall was the broom and dustpan. Atlas was in full attack mode just feet from the broom. Every few minutes he would lunge forward, then get scared and quickly back up, all while growling at the broom in the corner. I could not help but watch this display for longer than I care to admit. It was hilarious. My sweet little cockapoo was heroically defending me from…a broom.

As I replayed this bizarre scenario in my head countless times, I was mentally taken back two weekends prior, when Atlas and his Dad, my fiancé, Justin, were on the back patio, starting a fire for the evening.

From deep inside the house, I heard the nervous shouts of his name coming from Justin’s voice. I ran outside, fearing the worst. Atlas was nowhere to be found. It was pitch black, and without the sound of the bell on his collar alerting us to his whereabouts, there was absolutely no way to see our pitch-black puppy running around in the dangerous darkness and terrorizing shadows of night.

There is a creek behind Justin’s house, in front of which is a large field. I had horrific visions of Atlas being attacked by an owl, mauled by a bobcat, violated by a coyote, or simply making his way to the busy highway at the end of the subdivision and, not knowing the fear of cars, getting hit on the roadside, with no one to tend to his brutal wounds.

My mind was a flutter of nervous energy; fearing the worst, while shots of adrenaline rushed through my body, as I ran around the field calling his name with a mixture of desperation, fear, and anger.

After what felt like hours, my little black cockapoo came running from somewhere deep in the woods beyond the house. His little bell jingling in time with his short legs. He practically jumped into my arms.

I hugged him tightly…perhaps a little too tightly. I declared my love for this young, tiny, wooly beast. I scolded him. Then I apologized because he does not know any better. He is a dog. It is in his DNA to explore, follow scents, and find adventure. I can’t exactly snuff that out of him, nor would I want to. Still, the mutt has no idea the dangers that lie outside his safe and secure surroundings.

How typical is Atlas’ behavior (fearing an inanimate object (a broom, versus running into the dark night full of danger with absolutely no idea what perils lie at his little padded feet) to us as God’s children?

How many times have I needlessly worried about items of little consequence, while completely ignoring the looming danger at my heels?

We tend to worry about those things God has completely in His control: relationships, careers, health issues, children, where to live, what to drive, which job to take, which school to attend, which outfit to wear; the list of worries stealing sleep each night is endless.

All this worry and misplaced fears eat away at our psyches, while the bigger monsters lie waiting in the darkness; poised and ready for attack, using distraction as their greatest weapon.

The monsters I am referring to are those silent but deadly sins we tend to sweep under the rug.

Monsters such as jealousy, anger, bitterness, refusal to forgive, hatred, and greed, to name just a few. I have been guilty of this in my own life. Metaphorically barking at the broom in the corner, when there is a much larger darkness trying desperately to take hold of my spirit.

What better testament to the comfort God provides than that found in, perhaps the most quoted Bible verse, Psalm 23:

1 The LORD is my shepherd, I lack nothing. 2 He makes me lie down in green pastures, he leads me beside quiet waters, 3 he refreshes my soul. He guides me along the right paths for his name’s sake. 4 Even though I walk through the darkest valley,I will fear no evil, for you are with me; your rod and your staff, they comfort me. 5 You prepare a table before me in the presence of my enemies. You anoint my head with oil; my cup overflows. 6 Surely your goodness and love will follow me all the days of my life, and I will dwell in the house of the LORD forever.

The breath of peace I feel upon reciting these words is astounding.

“The Lord is my shepherd.”.

Just as I am Atlas’ shepherd (with a slightly different fashion sense), I will protect that little soul with all my might.

How much more will my Heavenly Father protect me from evil, daily lurking in the shadows of my own life? The more in tune we are with Jesus, the more aware of the danger which looms ahead on our daily path. With knowledge, comes the desire to stick close to the one who offers protection against those forces that often sneak up on us with no warning.

His rescue is divine. His care is overwhelming. His comfort is enough. His love is unwavering.

Stick close to the Savior who shepherds His own as if He owns a flock of one.

Ready to let go of fear? Learn what it means to adopt a Spirit of Power Mentality with this devotional.