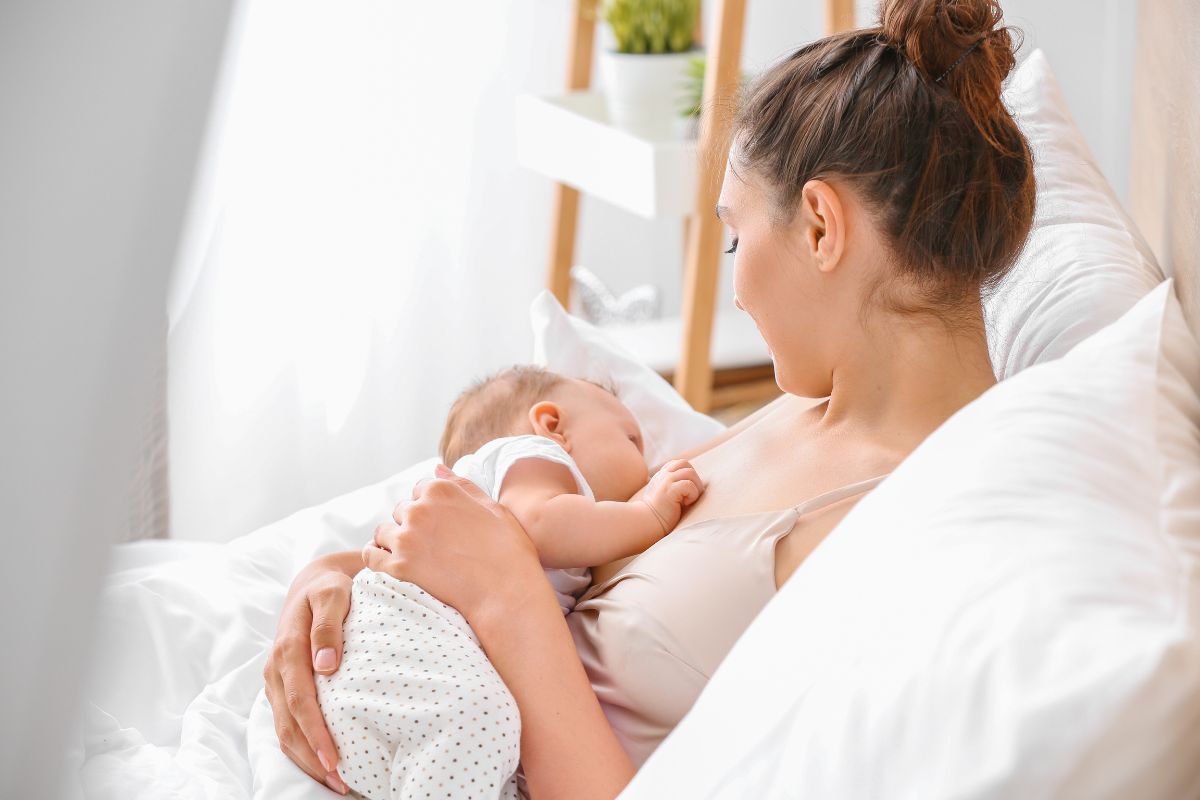 “No purple-ing” is the common phrase thrown around at youth camps across the United States to support the idea that boys will stay in boys’ dorms (blue) and girls will stay in girls’ (pink).

It was a catchy phrase that made me laugh, mostly because that was not something I was worried about doing.

Don’t get me wrong, half the time I was at camp was spent scoping out my future husband at the age of 16. But that’s beside the point.

I wore two-piece swimsuits with an oversized tank or t-shirt because I was nervous I’d cause “another man to fall.“

Even in high school as I was in the required freshman swim class, I didn’t feel comfortable not wearing an oversized often heavy t-shirt (when wet), but I did so anyways because I didn’t want to be “immodest.”

Related: How to Stay Christian in College

There are some really great things that came out of purity culture in my case. I managed to do pretty well at putting up healthy boundaries with boys.

But in my case, and the case of many, there was an overcorrection.

She was beautiful, incredible, and EXTREMELY colicky.

I remember bringing her to a matinee showing of a movie my husband and I wanted to see for our anniversary.

There were less than 10 people at that showing and though newborns supposedly sleep all the time…mine did not.

I was stuck in the hallway with my colic-screaming baby anxiously trying to hide my breastfeeding attempts with a nursing cover.

The screaming, the constant latch/unlatch/scream/slip/latch that filled the majority of my days was currently filling my date with an anxious mess.

“What if someone sees my breast? What if they see my nipple?”

I was worried, even though there was barely anyone onsite.

“What if the cameras caught a glimpse of my breast? ” Was my fear even when I didn’t see anyone at all.

I was battling the concern to feed my baby and the concern that someone would see too much and that would be all my fault.

With tears, I ripped away the nursing cover in a dramatic form and gave in to a then, overtired baby. My poor husband tried to figure out how to help me. To no avail.

That memory, those fears, nearly kept me from leaving the house for over a year in fear that I would have to breastfeed in front of someone.

And I would be seen as impure when my baby inevitably ripped the cover away, got too hot that I felt guilty keeping it on, or I broke down in public, resulting in shame as I left for home.

I always did it well, as a big-busted girl from early puberty, I was only subtly aware of the fact. Instead, I tried to ignore it and not show an ounce of cleavage.

But now? There is a battle between my motherly instinct to nourish this God-given blessing with my body and pure modesty.

Yes, I grew up in a protected, loving Christian household with the words “Modest is Hottest” on various rubber bracelets thrown about my room.

Here I am as an adult years later facing the walls I put around my mind, surrounding my own body.

I sacrificed my body by fighting public nursing.

I would hold off the best I could till I got home and my breast were full and in pain.

I ended up having systemic mastitis infections for the next 5 years between three babies.

Stemming back to those early days were it happened enough to make my body predisposed and highly susceptible to clogs and infection overcoming my body.

It wasn’t until after the third baby that I realized there was a narrative that I was allowing deep into my mind that fought all the nurturing genes God gifts to mothers.

I had the realization that likey, Jesus saw breast. He probably saw many.

And if that makes you clutch your pearls then you are the reason I felt the need to share this, because it used to make me clutch mine as well.

“But where does it say that Jesus saw breast in the Bible?”

I haven’t found it, have you?

It wasn’t anything worth reporting because of how natural, accepted and expected the form of nourishment was.

I decided to take back the narrative of my body and how God designed it.

He designed it to have spiritual intimacy

He designed it to have sexual intimacy.

He designed it to have the ability to bear children.

He designed it to have the ability to give a child everything they need in that first year.

If God calls Jesus the son and loves Him unconditionally with an almighty power,  and designed parents to love their offspring unconditionally, then wouldn’t He too, not look at breastfeeding as a way that “causes another man to fall” but as a way that causes men and women to rise?

Taking a look at all the healing properties science has shown breastmilk to hold, would support that.

But somewhere in the 20th and 21st centuries in the western world, women’s breasts became highly sexualized and changed the main reason for their existence from nourishment to intoxicating the male’s brain.

A friend once reminded me in the middle of my journey that modesty is cultural.

In many countries in Africa, you will see women without shirts walking around doing work, baby-wearing their children as they latched.

Not only do I look at that and think:

But I’m reminded that there are existing cultures where breastfeeding is considered not as a fight for modesty, but right in line.

As a Christian, I’m calling others to grab onto this Biblical idea of nourishment in the way God intended so that mothers can once again feel confident and supported if they decide to pursue this action.

Yes! Provide our churches with nursing rooms that have a way to listen to the sermon.

But, also make sure the congregation knows and supports women who want to stay in the service, and have that community they feel in the sanctuary and not be resorted to isolation.

Let’s take the hand of the mother next to us and instead of asking her to wear a cover, let’s ask her if we can wash her tired feet. 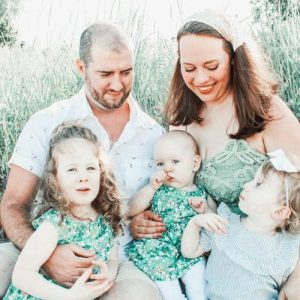 Delana Green sips her morning latte in Alaska with her husband and three little girls. She’s a national speaker, writer, T.V. personality and a full time Music Educator with her online music courses and in-person studio. You’ll find her on the daily connecting with her music students and community all over the world. Get to know her more at greenhousemusicak.com

Honest Prayers of a Weary Mom

Reflecting the Fruit of the Spirit in Motherhood