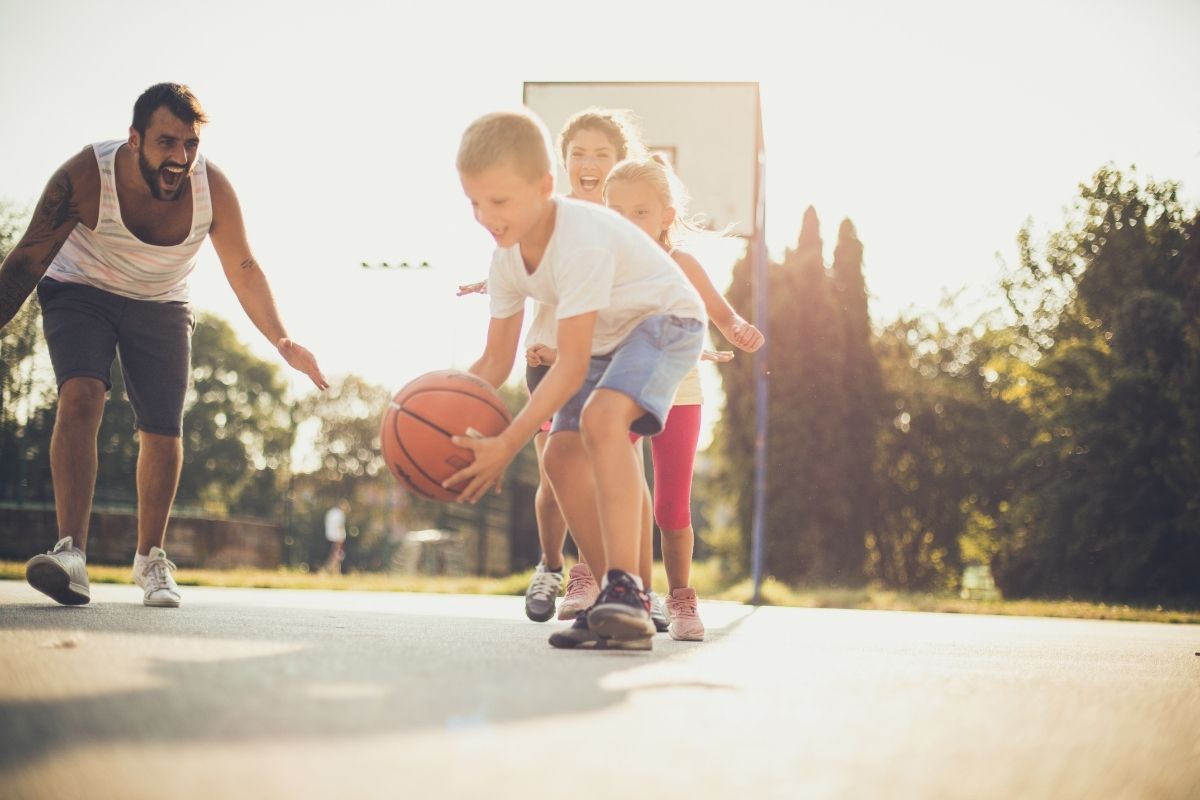 The Life Lesson I Learned at Basketball Practice

Tonight, my oldest son had basketball practice. I planned to drop him off and take my youngest with me to the store.

Before we left, the coach said they needed an extra player and asked my youngest if he would like to assist.

His little eyes grew as wide as saucers as he zealously nodded his head in a yes motion. My oldest, on the other hand, looked horrified, and shook his head in the opposite way to signify Noooooooo….

I tried to spur Waylan (9) to go ahead, despite his older brother’s negative response. But he refused, not wanting to upset the one person in the world he adores above all others, his big brother.

We left the gym to go on our errands and while in the car, I offered my best coaching/mothering/mentoring pep talk.

“Dude, you can’t please everyone. If you want to play, play. Liam (11) will get over it. He doesn’t own the team! Sometimes you gotta step on some toes when learning how to dance.’’

Just as I was getting warmed up, my youngest offspring  informed me he didn’t want to do anything to make his brother mad (that wasn’t the case earlier in the evening when they fought over whose turn it was to feed the pets, but who’s keeping track)?

When we returned to the gym, the coach once again asked if Waylan wanted to fill in. He wasted no time ripping off his jacket and joining the older boys on the court. My oldest didn’t seem to mind in the least. I assumed it was due to my killer mommy glare (which he likely didn’t even see).

Seeing both of my sons on the shiny wooden basketball court was intoxicating. Both sweaty, competitive, and trying to gain the favor of the coach and other players. I was Officially Team Mom Proud.

At one point, a teammate made a random shot and I heard Liam yell, “Was that a shot or a pass, man?”

I laughed. Yet the significance of this simple statement stuck with me the remainder of practice and far into the night.

How many times in life do our metaphorical shots look more like very sad excuses for a pass? Job interviews, relationships, newfound passions, sports, New Year’s resolutions, eating healthy, any number of good faith efforts with disastrous results that leave us feeling flatter than a fast-food pancake.

Just this evening, Waylan was given a shot, but he took a pass, so as not to ruffle any feathers.

Well, let me tell you something, feathers are meant to be ruffled! How else would we learn, grow, experience, and find our own unique way in this life?

When practice commenced and we were walking to the car, I mentioned to Liam how much Waylan enjoyed stepping in, and how he almost didn’t, for fear of upsetting his brother.

Liam matter-of-factly said: “I didn’t care that he filled in. He just wasn’t needed until later, and I was trying to tell him to wait.”

“So, it was all a misunderstanding, and you really didn’t mind him being out there?” I asked, incredulously. “No, I don’t care!” Again, a mere misunderstanding. A shot that cannot even pass as a pass.

Don’t let others’ unrealistic expectations, negative responses, or misunderstandings dictate your steps in life. You don’t need any one’s permission to follow your dreams or the path that God is setting out for you.

And it could just be that the negativity you think others feel is really just a misunderstanding on your part anyway.

A shot disguised as a pass is better than no shot at all.

And with enough practice, that shot might actually swish right through the net of your greatest goals.

He Knows My Name