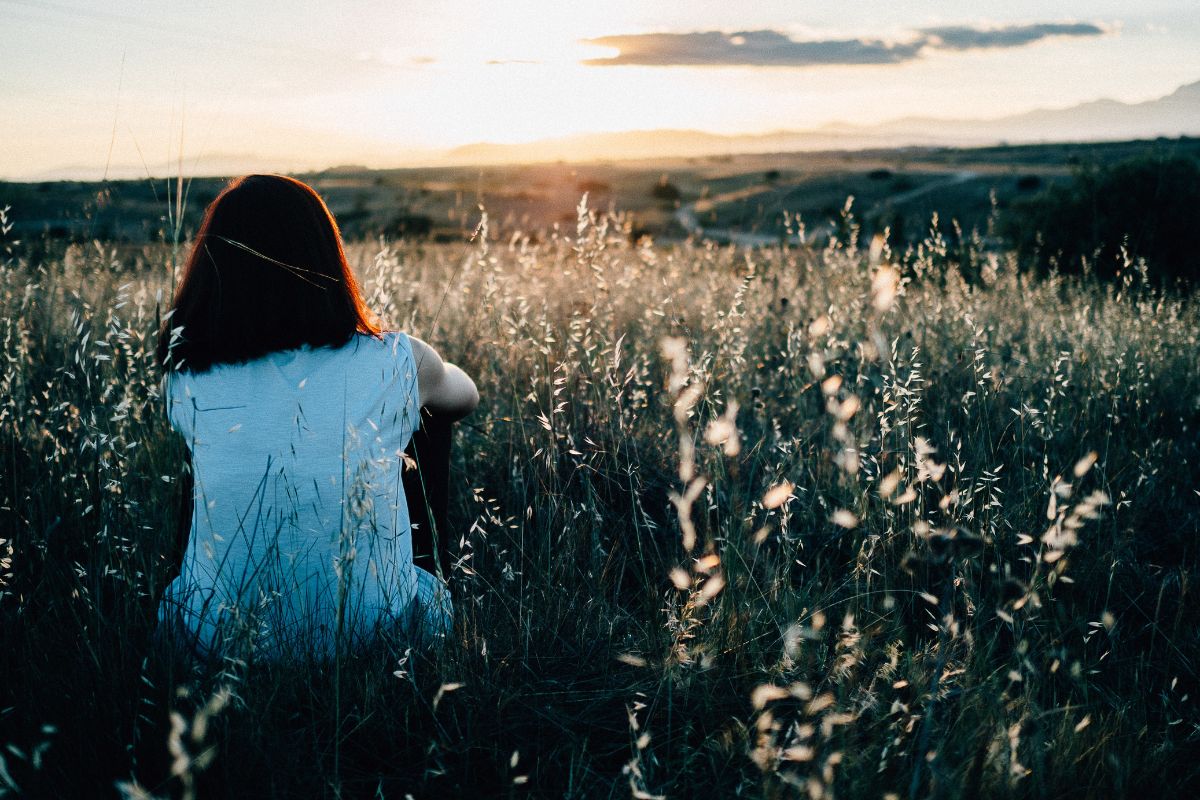 Things I Learned On the Mission Field

Before going off into the mission field I attended a Bible College in Eastern Hungary.

I still remember sitting in the cozy living room of our teacher’s house. She was born on the mission field in Africa to American parents, then got married and went off to Ukraine and Russia to serve the Lord herself.

Related: Advice: How to Stay Christian in College

We would sit on soft couches and sip on a warm cup of coffee with some freshly baked cookies while talking missions with a handful of other people who also came to attend the Bible School.

One of our primary focuses was missionary biographies.

We read a lot of those books and talked about missionaries during the classes.

When you are surrounded by like-minded young people, the idea of missions seems wonderful and inspiring. However, you can only understand the cost you have to pay once you step foot on the mission ground.

So, as you can imagine, almost every single person who came through the school was inspired to go out and care for the lost of this world.

We knew that God did so many great things through all the missionaries we read about, so why wouldn’t He do the same through us?

The Start of the Journey

After finishing the school, I was invited to a small church in Western Hungary to be a missionary there.

Back then, my definition of a missionary was any person whose primary occupation was to meet unbelievers and share the gospel with them through various means and in various places.

Now my definition is different and I believe that the term ‘missionary’ is unclear, and I prefer not to use that word unless I am talking about someone who is serving in an unreached country.

That being said, I do believe that in some sense we all are missionaries wherever God has planted us.

So, I accepted the offer and moved to Sopron, Hungary to work at the church and share the gospel with the local people.

I was as excited as a young person after Bible school could possibly be.

I believed God was going to do many great things, and I did not want to hinder Him in any way. This was the time to apply everything we learned at the school!

Looking back, I can now see how God was teaching me some very important lessons.

Moving Into My New Home

When I moved to Sopron I was allowed to live in the church building for $100 a month.

The church building was a small house that was 100 years old and hadn’t been renovated in a long time.

It had a bigger room that could fit about 30 people for the church service, a small room for Sunday school that could fit 5 children, and a small kitchen with doors that had broken windows.

My room was the children’s room, and due to the lack of space, the mattress on the floor that served as my bed had to be removed every Sunday during children’s lessons.

I had a small cabinet that could fit some of my clothes, the rest always stayed in my suitcase, which in itself wasn’t a problem. I was a traveler and living out of a suitcase wasn’t a big deal for me.

What was rather inconvenient is that my cabinet with clothes did not have a lock and children would get into it quite often during their Sunday lessons.

As a new missionary, I had a high tolerance for such small inconveniences. Other missionaries had to put up with so much more!

As time went by I kept feeling some uneasiness inside. I felt lonely and unsettled. Now as I look back, I see clearly why I was feeling this way.

What I Did as a Missionary

When I accepted the “job” of a missionary at that church, I was told that I was supposed to clean the church for the services, attend the old folks’ home’s outreach meetings every Tuesday, attend the youth group, occasionally go to the orphanage with the pastor, and share the gospel with the people in town.

That was pretty much my job description.

I accepted it with excitement and big hopes for the future. I created a daily schedule for myself to keep on track, made a food schedule (I had little experience with cooking for myself), and found ways I could connect with the people in town.

I connected with some international students at the local university and was often invited to their international dinners where I could meet new people and share Jesus with them.

I started attending the local English club that was held at 7 pm every Wednesday in a pub (you gotta go where the people are).

I made connections with four orphanages and regularly attended 3 of them, I started teaching hip-hop dancing in one of the orphanages for teenage kids, and I even tried organizing a women’s Bible study group for international students (that did not go very far, though).

There were other opportunities as well but the ones listed above were my main focuses.

All that was great but the problem was that I was doing it all on my own.

I woke up alone in the church, had breakfast alone, had a devotional alone, made plans for the day by myself, and when I came home I had dinner alone and went to sleep alone.

The evenings were strange and quiet.

My job was concentrated on reaching the people in the world and when I came home I did not have anyone I could share my day with, talk with, pray with, and just have fun with.

There were no young people in the church, and the older ones had jobs, kids, and their own lives.

I was very rarely invited by people to their homes and I wouldn’t dare to invite myself as I considered it to be rude.

Slowly, I became more and more unsettled. I am an extrovert by nature, so that kind of lifestyle weighed down on me.

After the warm summer months, the winter crept in.

That was when I realized that the heating system in the house was about as old as the house itself. The water in the shower was lukewarm at best and the radiators only heated a little area around them.

The broken windows in the kitchen doors did not help the situation.

The overall loneliness plus the cold and dark winter days (it gets dark at 3-4 pm in Hungary starting in November) started spinning me into depression.

I thought that as a missionary I was supposed to work 24/7 and take one day a week at the most to not do anything. But even on that one day off, I had something scheduled for myself.

Finally, the last factor was that I was living off of $350 a month which limited my rest options significantly.

With such a budget, it was hard to find anything I could rent in that city (and not that I wanted to isolate myself even more by moving out of the church) so I stayed in the church until I couldn’t stay there any longer due to depression.

I still remember those mornings when I would wake up and not want to get out of bed the whole day because every room was so cold.

I remember having absolutely no motivation for anything.

I remember having the flu with a fever and having to go to the pharmacy for my own medicine.

In moments like this, the community and friends are supposed to step in and help you out.

But when you are in a foreign country in a church that has around 20 older people who don’t really understand what you are doing there anyways, it is very hard to make such meaningful connections to carry you through hard times.

But God was with me. God is with me still.

But those times were the times when I learned that God gave us friends and community for a reason. We need each other! Even as a missionary, you need others.

Altogether I spent about two years in that town before I was dismissed due to my depression. This is where God caught me as I was falling and prompted an old friend of mine to invite me to come and stay at her house in California for recovery.

Long story short, I got my visa, and tickets, and was on my way for a 4.5 months recovery journey to sunny California where I had a room, a bed, and a family to stay with.

Those months were full of healing, learning, resting, and experiencing God’s immeasurable love for me.

When I returned to Hungary, I decided that I was unfit for any kind of ministry and that I needed God to minister to me much more than I could minister to anyone else at the time.

So, I joined a Christian conference center as a barista and worked for a room and food. I wanted to spend more time healing and praying about the next step in my life.

Long story short, I ended up applying for a Christian counseling degree in Chicago, was accepted with a 50% scholarship, and right before I was going to get my visa and take off, Covid hit.

I had to postpone my studies for a few months and that is when I met my future husband who I have now been married to for 1.5 years.

So, as you probably guessed, I did not go study but stayed in Eastern Hungary to start my own little family.

My husband and I first met during one of our orphanage visits. He had been reaching out to the kids who were placed into the orphanage for a few years at that point and now we enjoy inviting them over to our home to continue nurturing those relationships he was able to build with them over the years.

Thank you for reading my story, and if you have any questions, don’t hesitate to contact me! 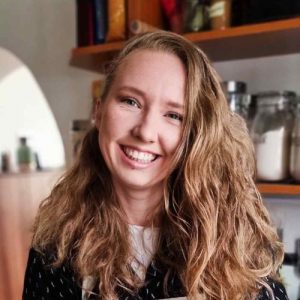 Natasha is currently living in Eastern Hungary with her husband and a little baby girl. She has a food blog at Natasha's Home where you can check out her recipes! To learn more about Natasha visit https://www.natashashome.com/about-me/.

5 Ways to Find Hope in your Hardship

From Pain to Purpose: A Journey

The Prayer Room: Surrendering to God Through Every Season