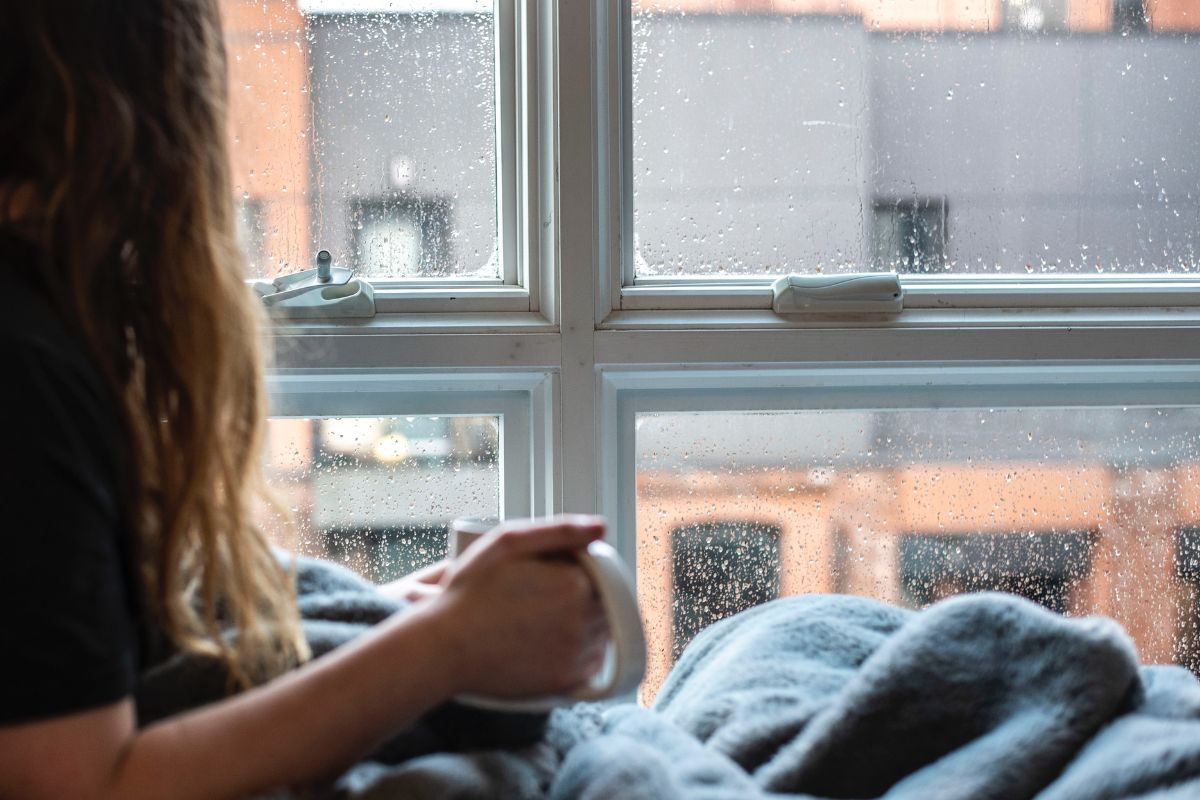 Why Did I Survive? A Tale of Survivor’s Guilt

Trigger warning: this post does contain references to physical domestic violence and sexual abuse. If you are being abused, please seek help from the National Domestic Violence Hotline at 800-799-7233 or your local authorities.

And I have survivor’s guilt, personally from what I endured, as well as from a comparison of another eerily similar situation.

Before our final domestic violence episode (which ended our relationship), there was another bout of violence that went horribly wrong.

Unfolding on the news, in October 2016, a lady named Laura Russell, from Madison, Indiana (where I live) had died at the hands of her abuser. It was all over the local news of this sleepy, rural town, eventually capturing national attention.

I knew what my current circumstances were and I could not stop reading about it or watching it on the news. I was very distraught over it, which enraged my then-husband/abuser.

“[She] probably had it coming,” he said smugly. “She should’ve stayed and worked it out.”

I stared at him in horror and disbelief.

I had previously met Laura and her daughter at 4-H. Our daughters competed together. Laura was kind and quiet and stayed to herself.

She wasn’t just a news statistic, she was real.

I didn’t dare say a word to him, because it would just unleash a physical punishment. I secretly mourned her death, this other Laura. I felt like we were leading parallel lives and it unnerved me.

My abuser and I made the news, and not in a good way.

We had our last altercation which thankfully resulted in a visit from the police. He had physically beaten me in front of my young son, then later strangled me and beat me into unconsciousness.

My oldest child called the police and eight police officers showed up, which was wise because my abuser had shot at me the day prior (thankfully missing me).

My abuser ran like a coward, causing a short-lived man-hunt. I earned a trip to the hospital and a diagnosis of a concussion, throat trauma, and contusions on my face, arms, and chest. I looked as though I lost a prize fight. But I had, in fact, won. I walked away with my life.

Further humiliation the next day: I had to testify in court that I feared for my life and the lives of my children, in front of my abuser as he sat in an orange jumpsuit and glared at me.

The judge granted me an emergency protective order; this same judge that had let the other Laura’s abuser go.

Did I just get issued a death sentence?

I started having a panic attack and couldn’t breathe, due to this new revelation. My new domestic abuse advocate swept me outside the courtroom and gave me a pep talk. We were going to take any and all precautions, she informed me. Didn’t the other Laura do that too?

As my case progressed, I learned that the prosecutor and state rep were trying to get a law together to protect domestic violence victims and hold their abusers longer.

I was encouraged. It was to be known as Laura’s Law for the other Laura.

However, I was also scared that while I was waiting for this law to be passed, would he have the opportunity to kill me?

I mean, he was no longer in the home, there was an emergency protective order and he had an ankle monitor, But… would all of that really stop him?

I was doubtful, and he didn’t disappoint.

The protective order became more permanent when he didn’t even show up to contest it in December 2017.

I was relieved, but then he violated the order five times, being re-jailed two more times in total.

I was encouraged a bit by this, but he didn’t seem too phased about following the order.

The order specified that if we ended up in the same area/proximity, he was to leave the area immediately (due to being the aggressor).

Well, if you know anything about narcissists, they do not acknowledge punishment requirements, because, in their opinion, they are not wrong.

According to them, they have the right of way, and their (former) subordinates are supposed to leave.

As horrible as he treated me, while in active abuse and passive-aggressively after the end, I still had tremendous survivor’s guilt.

Why did God spare me?

Why did the other Laura have to die?

Would I be a total failure like he warned me I’d be without him?

I really felt sad and anxious, especially about my worth.

I loved not being in immediate danger in my home, but I had no idea what he was plotting.

And to make matters worse, since the news broadcast aired, a few women reached out to me to express their sorrow, as these were women he had cheated on me with.

I was too busy surviving, so I did not know about them, and they expressed that they didn’t realize that he was married. Further humiliation ensued.

Laura’s Law did not pass and I was massively upset, but still had to fight to remain safe.

In late 2018 my abuser was involved in a horrendous motorcycle accident that nearly took his life. Basically, he drove off in a drunken rage after the woman he was dating was perceived as “cheating.”

Luckily for him, he only lost his right leg, and not his life.

I was greatly surprised and relieved that I did not feel upset or sad for him or me, only for our children.

I was, however, still technically married to him, which pained me greatly and caused an ill feeling in my current relationship. I had been pushing for the divorce merely days after the final altercation and his attorney kept dragging the proceedings out further and further. This was his way of controlling me still…

We did finally divorce officially in 2019, only after I fired my attorney and pushed the court’s hand. I had to drop the protective order, in order to get the court to pay attention; however, because of his injuries, I didn’t feel as though he was a threat to me any longer.

Based on the court’s ruling, I felt as though I was just chattel to be bargained over and it was inhibiting my healing. The court also only gave him a misdemeanor for battery, with six months of home incarceration.

The kicker? The misdemeanor would be wiped away after he successfully completed his sentence. It was as if I never existed or mattered!

I was beginning to think that I was not valuable unless I had died, which pushed me further into my depression.

I kept on working and existing, interacting only with my kids and my boyfriend.

During this time, I had started to tell my story of survival to a few live groups, on a radio broadcast, and on a few podcasts, which ironically made me feel better.

The more I shared my story, the less the abuse and shame had a hold on me.

I also started a blog, which further fostered healing. And yet, I still kept asking myself, why was I spared? God, please give me a sign.

In July 2021, I awoke early one Sunday morning with a purpose: to revive Laura’s Law.

I started a Change.org petition directed at our current Indiana state representative.

I typed it up and checked all of my facts and the former bill wording.

I placed it on my wall.

I sent it to every one of my friends.

I also placed it on over 100 organizations’ and newspapers’ Facebook walls.

As the hours ticked by, more and more people signed.

Two hours after sending it, the Indiana state representative messaged me directly, asking if I could speak with him the following week! WOW!

He was for reviving the bill, putting it in the next legislative session in January 2022. I was beyond thrilled!

I am working diligently with domestic violence organizations to get the wording “bulletproof.” Probably a poor choice of phrasing, but IS IT??

I have come to terms with my survival and by realizing this: God utilized the other Laura’s death as a catalyst.

Her abuser’s actions made the judge more cautious about my situation (and others); however, my abuser was only punished a few times out of the several that he violated the protective order.

I was spared in order to help other victims and survivors, but also to make sure this law is enacted.

Unfortunately, Laura’s Law did not pass this round. I am still actively petitioning and trying to get in contact with the state rep’s office. I

Both Laura Russell and this Laura are catalysts for change.

It is amazingly freeing to work toward the freeing of others! I am completely humbled to be chosen by God to be a change-maker.

And as for the other Laura, I am humbly forever in her debt. I literally owe her my life, unsure if that’s a price I could ever repay.

Laura, your life was cut painfully short, but you did not die in vain!

If you would like to sign the petition to help bring awareness to the situation and help pass Laura’s Law, you can do so here. 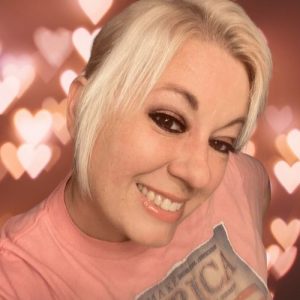 A single mother of three and grandmother of one, as well as a Domestic Violence/Sexual Violence survivor of over 23+ years of abuse. She works for a federal social services organization by day and is a certified DV advocate in the rest of her spare time. She is a writer, blogger, future podcaster, activist, and public speaker. She loves getting her story out there, to help show victims and survivors that there is hope and that it is SO much better than ever imagined while in active abuse.

Life is Both Sunshine and Rainy Days

Four Tips to Find Joy in the Journey: Dealing with Struggle